Work commissioned by the Environment Agency and carried out by Waitings has now been completed on Crooks Beck. Members of the Parish Council and several local residents met the representatives of the Environment Agency on Monday morning for 3 hours and again on Tuesday morning for another couple of hours. On both occasions we had to ask the EA not to do the planned work by the low bridge to remove a build up of silt over many years (not caused by Storm Desmond or other storms last winter.) We also found out that even the removal of two willow trunks on the main stretch of the beck had been removed from the plan. However, after long discussions, walking  up and down the beck. exploring  access routes and trying to persuade the EA that only widening the beck as much as possible, starting from Rambler Cottage, including some work near the road bridge too, they finally agreed to do as much of this work as funding will allow. The original, now obsolete, scope of works plan can be seen  via this link: Flood Work Scope.

The contractor Waitings revised their plans and the EA obtained the necessary consents for this work.  Work was almost completed when a broken sewage pipe under the beck was discovered during the works and was then repaired by Waitings on behalf of United Utilities. There was  some disruption and noise while the work was carried out for which we apologise, but we hope you understood the need for this work. We would like to thank the workers and staff of Waitings for their hard work and flexibility. As well as the main stretch of Crooks Beck being widened and lowered to take more water, they also cut off a build up of soil on the village green side of the low road. They also did some soil removal on the far side of the road bridge near Joseph’s, which should help. The only bit of work they did not do was the original work on the other side of the low bridge! Coir matting has been pegged down to stabilize the embankment and this has grass seed within it and it is biodegradable too. 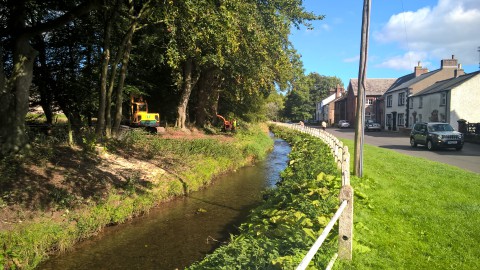 The Parish Council and the EA accept that more work will have to be done in future through bids for further funding. Possible future solutions could be some sort of vortex brake dams which control the flow of the two becks into the village and would allow water to spill out onto non-risk land outside of the village and therefore reduce the flow of the becks during heavy rainfall. A Draft Flood Investigation Report for Warcop is about to be published on the Cumbria County Council website via: www.cumbria.gov.uk/floods2015/floodforums.asp.  If you look at Appleby’s or Kirkby Stephen’s, for example, you will see the level of detail, photos from members of the public and recommendations for future work. A public meeting to discuss this and take any further ideas from residents is due to be held some time in October, date to be arranged. Watch this website!

We do hope that the work will help reduce the flood risk to residents in the Brookside area. Thank you to all who have helped with this and tried to make the EA respond to what Warcop needs. Well done to the team of volunteers who re-planted thousands of daffodil bulbs on the beck side which had been removed during the original clear up back in spring! They should look fantastic next year. All in all, a good outcome and we have achieved a lot so well done to all those who helped. 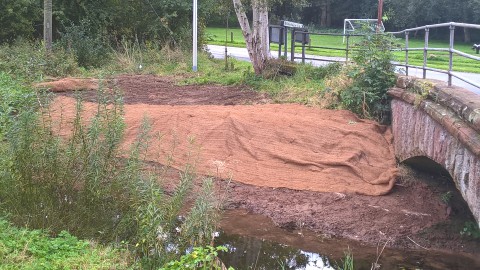 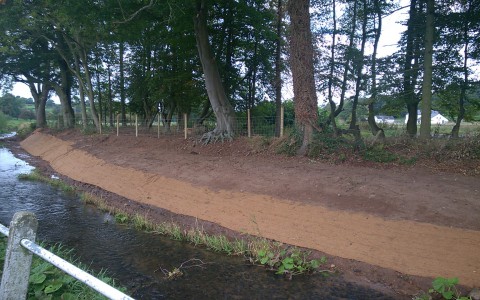 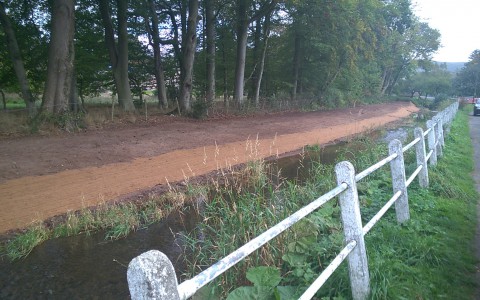 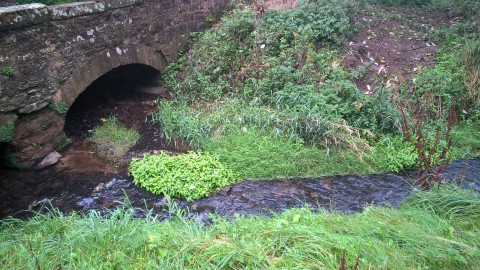 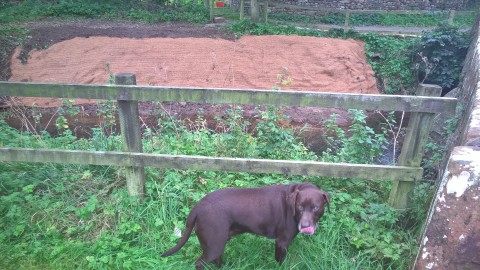