Please note that all Western Dales bus services have announced that the new S6 service to Penrith, calling at Warcop, will start on Tuesday 13th April.

Cumbria Classic Coaches have announced that they are ending their Tuesday bus service from Kirkby Stephen to Penrith at Christmas 2020. However, the good news is that the Western Dales community group have applied to take on the service, starting in 2021. Please see details sent by them below. The key points for Warcop residents is that the new service starting in April, will run three times on a Tuesday, it will be a minibus service so numbers might be restricted, and the bus will pick up in the middle of Warcop at the bus shelter. The 563 Appleby to Penrith Stagecoach service continues Monday to Friday, with the Friday Rural Wheels minibus linking with the 10:03 am bus at The Sands in Appleby.

A copy of the S6 timetable is available here:

Further to earlier correspondence about the forthcoming withdrawal of the Cumbria Classic Coaches Tuesday service 574 from Kirkby Stephen to Penrith, I am pleased to be able to inform you that two operators have come forward to offer replacement services

Ø  To avoid competition with, and abstraction of passengers from, the existing Stagecoach 563, and also as the vehicles used have only 16 seater (currently further restricted due to Social Distancing guidelines), the service will not pick up at points from Appleby Sands to Penrith, or drop passengers in this section on return trips.

Ø  As before, the service will run on Tuesdays

Ø  There will be three trips a day in each direction, with the first and last also running to/from Sedbergh (see attached timetable)

Ø  As a smaller vehicle is used, it will be able to get under the Warcop rail bridge and serve the centre of the village (Sandford will not currently be served but this may be possible in the future)

Ø  This diversion with be made Monday to Friday

Ø  Brampton village will also be served

Ø  Due to the new routing Crackenthorpe will not be served on the journeys that run via Long Marton. The later journeys to Penrith will run via Crackenthorpe and anyone returning there from Penrith can travel via Appleby.

Details will appear on our website from Monday next week

Please note that the Community Wheels Friday minibus service will restart on Friday the 10th July. Covid-19 precautions will be in place on board which means that places will be limited at first.

The service runs from Appleby, Great Asby, Ormside, then to Warcop and Sandford before returning to Appleby to connect with the 10:00 563 Stagecoach bus to Penrith. The other route covers Appleby, Dufton, Silverband, Milburn, Long Marton and back to Appleby.

Warcop Parish Council is a member of the Friends of Eden Valley Transport Group, which meets to lobby for the best transport provision for residents in the Eden area. Please note that bus operators are implementing various measures due to the coronavirus outbreak including social distancing and enhanced cleaning on buses, in line with Government guidance.

Here is the latest information regarding bus services in our area:

The 502 and 506 services have been withdrawn by Stagecoach following Kendal College awarding the contract to KT Coaches, who are providing services for College students and to specified schools in Kendal and Sedbergh only. (KT Coaches are unable to provide a vehicle which meets the requirements necessary for the services to be available to the general public).

The Community Wheels service to/from Appleby on Fridays is operating including connecting with the 563 bus to Penrith as normal, although capacity on the Community Wheels minibus is limited due to social distancing requirements (To join the CW scheme or make bookings phone 01228 226428) For other transport needs, phone Cumbria County Council on 0333 240 69 65 (option 5) or send an email to integratedtransport@cumbria.gov.uk

New Northern temporary rail timetables started on 14 September until 12 December, including the Leeds to Carlisle line. For more details, please use this link https://settle-carlisle.co.uk/autumn-update/

Current reduced timetable due to Coronavirus outbreak is dated 18 May. As with bus services, please be aware that the timetable may change again due to Government guidance. Go to www.settle-carlisle.co.uk  for information or follow link below for the latest simplified timetable. 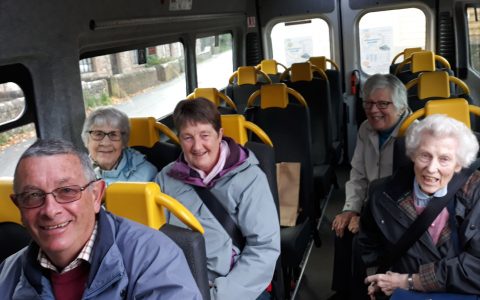 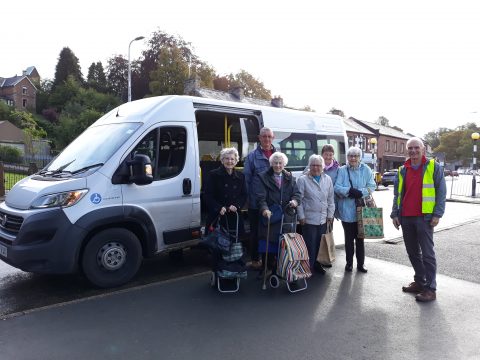 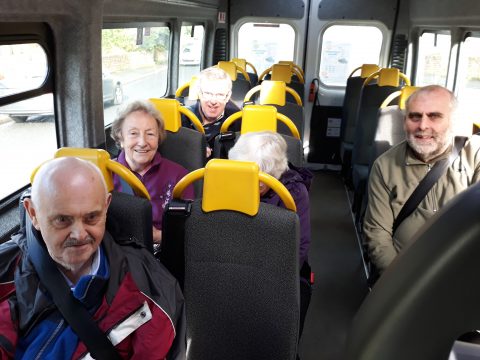 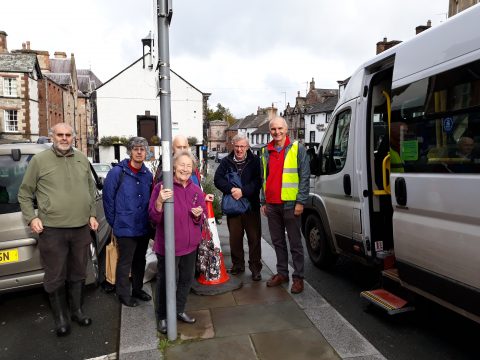 Our weekly Friday minibus service to Appleby has been extended to include more local communities from Friday 4th October. The aim is to cover areas previously included by the former Robinsons service, so elsewhere the bus will go out to several fellside villages as well as parts of Appleby to allow residents to get into Appleby for a couple of hours.

The timings are slightly different but the connection to the 563 Stagecoach bus to Penrith at 09:58 will continue, as will the collection on its return at 2:20 from The Sands in Appleby. The price will be the same but travellers will need to obtain a prepayment card from the Heritage Centre in Appleby to cover the cashless payment for each journey.

The Sandford/Warcop service will now include Great Asby and Ormside but the bus will only operate if travellers phone or email the Heritage Centre by Thursday at the latest on 017683 53350.

The scheme operates by means of a team of volunteer drivers and we are always looking to increase this team to share the driving load.

A poster and application form can be found via this link:

How to travel
Phone 017683 53350 to join the scheme.
Journey requests to be requested via Appleby Heritage Centre by 12 noon the day before you travel.
Subject to demand on the day.