As you may have seen in a recent article in The Herald, at a recent EDC Planning Committee meeting, an appeal was made to remove the Tree Preservation Order which had been placed on the 92 feet high Wellingtonia tree in the centre of Warcop, because of increasing safety concerns. This damage caused to an adjoining property by falling branches during the November storm (see photos below) proved to be a convincing example of the risks.

After representations from the EDC Tree Officer and the appellants’ representatives, followed by close questioning and discussion, the committee voted by 6 to 4 in favour of the removal of the tree, with the condition that it be replaced by a native variety. 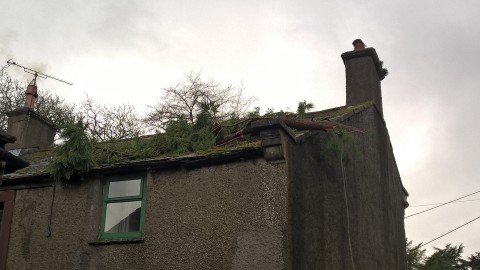 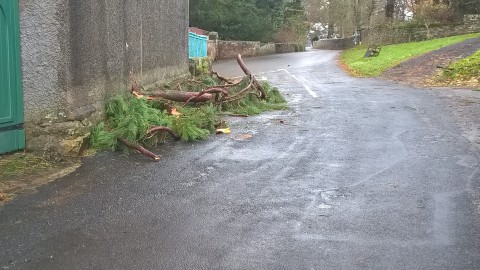